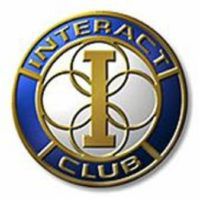 Dating back to when Rotary first started in 1905 with Paul Harris, an attorney in Chicago, who thought that forming meaningful lifelong friendships and giving back to the community should be the pillars of an organization, Rotary has been alive and growing. For the past 112 years, those pillars have stood tall and have expanded into Rotary Serving Humanity around the world.

Wilmington’s club started not long after Rotary’s inception in Chicago. In 1914, a group of Wilmington businessmen set off for New York City as Chamber of Commerce delegates, and seven of those men returned as enthusiastic Rotarians convinced that Wilmington needed a Rotary club of its own. On December 3, 1914, 22 Wilmington businessmen elected George S. Capelle, Jr., and Walter D. Bush, Jr., as temporary president and secretary. Since then, the Wilmington Rotary has been the largest and most active of all the Delaware Rotary clubs.

From the beginning, Rotary International has been committed to helping children in need. In 1960, the organization took on a new approach by tapping into the tremendous potential of young men and women. With the encouragement of Rotary International, Rotary clubs around the world found ways to encourage service among youth. The first Interact club was established in Melbourne, Florida, in 1962, and since then thousands of communities around the world have benefited from the service of Interact clubs.

Wilmington Rotary stepped up to the challenge as well, and in 2001, Wilmington’s first Interact club was established at Howard High School of Technology. Since its start, Howard High Interactors have engaged in many efforts to give back to the Wilmington community. In March 2016, for instance, their Coin Donation drive to benefit the Leukemia and Lymphoma Society netted $500, with more than 10 Howard High classrooms participating. A young Delaware man named Colin was the very happy beneficiary of this wonderful event. A month later, Interactors participated in the yearly blood drive, collecting 38 units that reached a total of 114 recipients. Interactors also participated in the NAMI Walk at Glasgow Park in Newark, and in the Save the Children – Teresa Sitoe – Adopt A Child-Mozambique project. They volunteered at the Ronald McDonald House, and participated in the Tooth Brush Exchange. This is a very short list of all that Howard High Interactors have accomplished.