A ROTARY MOMENT – LATER IN A ROTARY LIFE 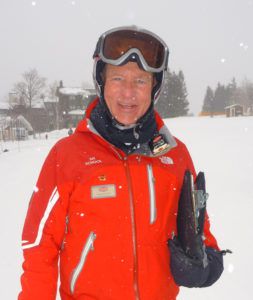 The following was prepared in 2015 when I was an Immediate Past District Governor at the request of a friend from Madras/Chennai, India. A Past RI Director of Rotary International and a very successful business executive, he was preparing a book of compiled Rotary Moments reflecting experiences of Rotarians from around the world who had belonged to clubs from different societal areas and cultures.

I first started attending Rotary meetings during my second overseas tour with Citibank in New Delhi as a periodic guest, but it wasn’t until my next assignment – to Kuala Lumpur, Malaysia, as young new VP for another American international bank – that I became a member of the 125 member Rotary Club of Kuala Lumpur in ‘KL’, Malaysia, way back in the now distant late 1960’s.

It was a super club with a terrific multi-cultural membership – approximately 40 percent Europeans, 30 percent Chinese, 20 percent Indian (half from south India and the other half from Punjab) and 10 percent Malay. Of course in those days the members were all men and all from senior positions in their company or firm or government ministry. Our wives however were very active in a group called the Inner Wheel, and they actively planned, organized and quite splendidly managed all our Rotary social functions.

Naturally we were a typical old school Rotary Club with long and enjoyable luncheons, usually at the Ampang Road Le Coq D’Or Restaurant or the Merlin Hotel with ample gins, wine and beer. Our many good works were all performed through the simple act of writing generous checks. The only time we removed our jackets and ties and “rolled up our sleeves” was on the Royal Selangor Golf Club links or the Lake Club’s squash courts – nothing like today’s community engaged, involved and often physically hard-working clubs.

My next 20 plus years found me working no longer in the banking world but as a diplomat and senior civil servant, travelling frequently and at length; often in places where Rotary was not as yet established. It was not until retirement and well into the 1990’s that I had a chance to re-connect with Rotary, this time back in my own country up in the small rural state of Vermont where I was enjoying teaching skiing and managing golf tournaments.

Belonging to a far smaller, far more informal club in a small village in northern New England was very different indeed. Rotary had changed. Women were very active and engaged members. Community service was far more “hands on”. Before I knew it, I was the Club’s President-Elect and I went off to my first ever District Conference.

In the US many Districts hold their conference in late May or early June just prior to the end of the Rotary year and also just before the end of the US academic school year. My District, for which unbeknownst to me I would be the DG in just 6 more short years, had developed, over many years, a major involvement in Rotary Youth Exchange (RYE). On that June day in 2008 there was a near record 22 exchange scholars from various parts of Europe, Latin America and Asia – including one from New Delhi! And this was indeed my Rotary moment, as I listened to child after child relating how they had come, many nervous, unsure and apprehensive, some barely able to speak more than basic English but all – now – so taken with the year they had spent, the new life-long friends they had made, the experiences they had had and the lessons they had learned. All were articulate and some very fluent in their new Americanized English. All had been introduced to some degree to skiing, to snow boarding, to American life and American sports including football and baseball. Many had been exceptional standouts and stars on their Vermont or New Hampshire high school teams, bringing talents to football (called ‘soccer’ in the US) or cross country skiing (those from the Nordic countries), still others seeing snow for the first time in their lives.

Most were amazed at the small town and rural wood lands and forests. Many learned to work outdoors, cut wood, plow and remove snow. Still others learned to cook having never been allowed in their own family kitchens that were overseen by mothers or servants. All broke down and cried or choked up with the emotion of soon having to leave their new “homes”, their new dearest friends and beloved colleagues, mentors and Rotary ‘parents’. To me as a former international banker and diplomat, the wonderful and extraordinary aspects of the shared educational and international experiences for these future young leaders and, hopefully, future Rotarians, spoke volumes. Rotary’s scholarship work, Rotary’s international exchange and Rotary community service were all so well expressed and so well embodied in this program. I was an instant convert. My club sponsored an RYE scholar for the next several years and my wife and I became host ‘parents’ within three months. We are still in regular contact with our Rotary ‘daughter’ and may well attend her future wedding in Indonesia now over a decade later.

And there it was – nearly 40 years after I had first become a Rotarian in Kuala Lumpur, Malaysia, finally experiencing my Rotary moment at a District Conference in Lake Placid, New York – four decades and 13,000 miles removed from my initial experiences in a major and most successful Rotary Club for which I had also been the Director for International Service and the Club’s Honorary Secretary. The lesson here is that it is never too late for a Rotary moment and we well may have far more than just one!